The U.S. Navy Signs Up for 9 New Nuclear Submarines

The U.S. Navy has just signed the largest warship building deal ever. The service will pay more than 20 billion dollars for nine new Virginia-class attack submarines. The submarines will replace Cold War-era Los Angeles-class boats in America’s submarine fleet, adding new technology and greater firepower. Many of the new submarines will include a long-awaited capability to launch swarms of cruise missiles.

The deal, announced on December 2, awards $22 billion to a shipbuilding team consisting of General Dynamics Electric Boat and Huntington Ingalls Industries. The submarines, The Diplomat reports, will begin construction this year, with deliveries taking place from 2025 to 2029. One of the submarines will be of the Virginia classes’ Block IV configuration, with the remaining eight of the new Block V configuration. 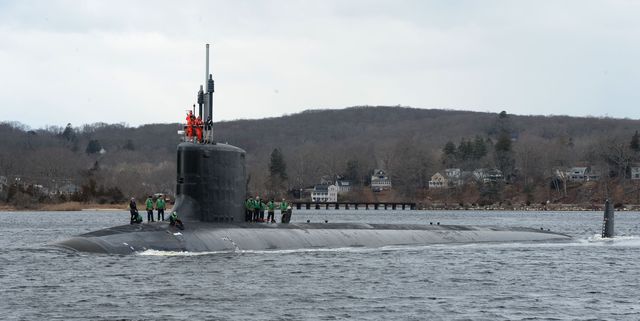 The U.S. Navy has approximately 65 submarines in service. Fourteen are Ohio-class ballistic missile submarines, part of America’s nuclear triad and built to carry out nuclear deterrence patrols. A handful of these submarines are at sea at all times, armed with nuclear weapons. The Navy also maintains four converted Ohio-class submarinescapable of carrying up to 154 Tomahawk land attack cruise missiles (TLAMs) a detachment of Navy SEALs and their swimming vehicles, or some combination. The service also operates 35 older Los Angeles-class attack submarines, three Seawolf class submarines, and 13 of the newer Virginia-class submarines.

The United States Submarine Force relies on its technological superiority and the speed, endurance, mobility, stealth and payload afforded by nuclear power to retain its preeminence in the undersea battlespace.

The U.S. Navy Signs Up for 9 New Nuclear Submarines

These nine submarines, eight of which will be new Block V Virginia-class submarines, is the Navy's largest warship building deal ever.

All Events Have Been Postponed

Due to the coronavirus pandemic, all USS Utah Commissioning Committee events have been postponed.